Sunday was Day 16 and we are now into extra time with lots of features still to be investigated across the 3 trenches of our large site. The planned dig end was Saturday, which also our open day. In the event we had over 100 visitors despite challenging weather conditions. On Sunday Andy Hickie was back with his drone and produced this spectacular 3D panorama: 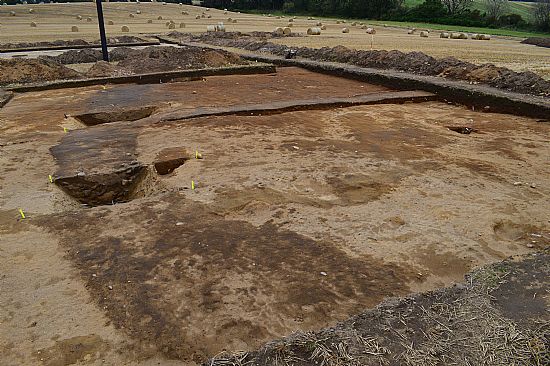 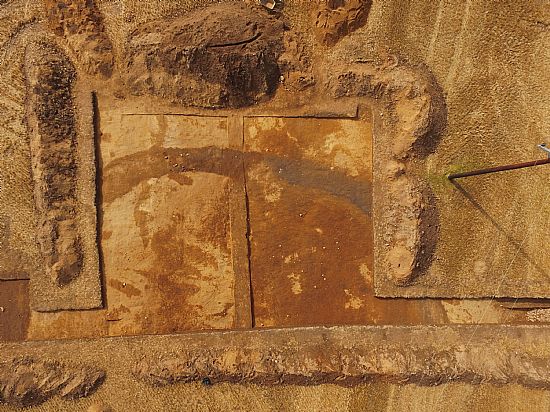 Meanwhile I was soldiering on in Trench 2A where I have been trying to make sense of our large 30 m circular ditch. We have excavated several sections of the ditch fill (see above), all with distinct profiles and fills. For example, some have thick charcoal deposits and others have almost none, whilst some have large stones and others just the odd pebble. Tip lines seem to suggest the fills are coming from the interior of the feature and therefore may be representative of the activities that were occuring there. The current prevailing theory is that our circular enclosure or facetted barrow is perhaps the oldest part of the site, possibly Bronze Age rather than Pictish. The thinking is that this was still an imposing feature in the landscape a couple of millenia later when the Picts chose to respect its significance by building their monumental barrow cemetery around it. 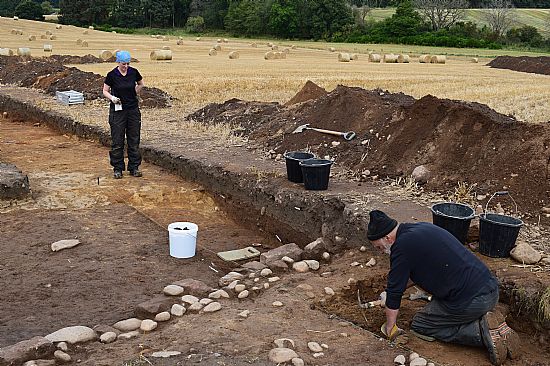 The most intriguing/ perplexing part of this trench has been the wall or possible kerb which abuts or even cuts into the main ditch at one point (see above in a picture from last week). Although we did originally think that this may have been a prehistoric cairn kerb with the remnants of a cairn above it, it does now seem much more likely to be a post medieval feature.

The original section on the left of the picture below is at the point where our main ditch and the establishing ditch for the wall meet. The relationship between the two ditches here proved somewhat difficult to interpret, although the wall ditch does appear to cut into the other. On Sunday I extended the section on the right of the picture and managed to define where the circular ditch starts arcing into this section of the trench before meeting the wall. The dark stone filled ditch shows clearly, and there is a stretch of natural sand in between this and the wall. The next job will be to completely remove the ditch fill in this new section and then to put a further sondage into the section on the left to prove we have bottomed it! You can see 3D models of three other sections of the ditch we have already removed at the foot of this post. 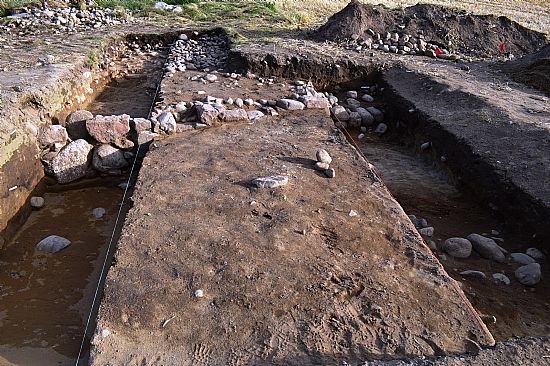 One last job in Trench 2A, time allowing, will to put a 3 by 0.5 metre sondage into the interior of the barrow or enclosure in a last attempt to prove whether we have any significant features or deposits surving which might tell us more about its function. Andy Hickie's 2018 cropmark image (below) seems to show a line of possible posts bisecting the feature with a roughly circular shadow on the top left. This latter feature is what we will be targetting. Fingers crossed! 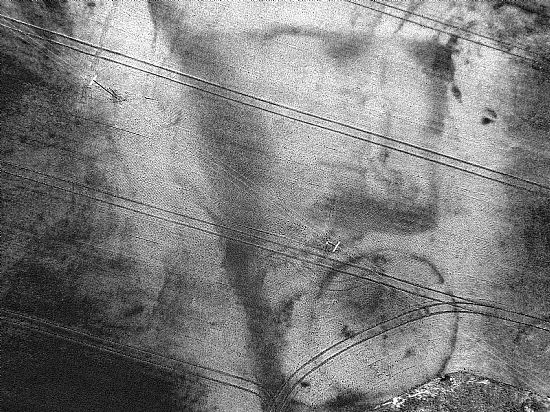 Update 20.9.19: Below are two models of a slightly later stage in excavation than the above blog. It now seems that the prehistoric ditch next to the wall had been significantly disturbed by the later activity, however the original cut on one side is still apparent, especially with the wall partially removed.

Tarradale Through Time Ditch Section T2A by jamesmcc on Sketchfab

Tarradale Through Time Ditch Section 2 T2A by jamesmcc on Sketchfab

Tarradale Through Time Ditch Section 3 T2A by jamesmcc on Sketchfab