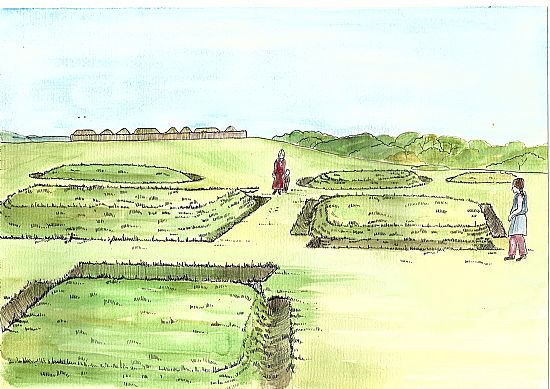 Interpretation of Pictish barrows at Tarradale by Pat Haynes 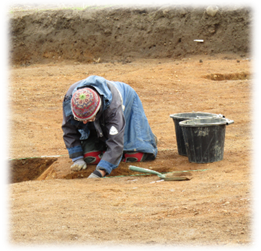 As the 3rd planned excavation of Tarradale Through Time comes to an end we are starting to see the exciting and complex picture of the sites we have excavated.  There will be so much consideration of everything we have found and what it means but thankfully that won’t be my job.

We have had a wonderful turnout of volunteers as always but on Saturday we had extraordinary support from the community when over a hundred visitors braved the wind and the rain to come and see what we were doing.  Visitors came from as far away as Aberdeen and all stayed for the tours and beyond.

We had stalls from ARCH and Groam House museum but definitely the best exhibit was the diggers having their lunch in the big tent!

On Sunday we had a very stormy start but the tents survived and work continued and the weather improved.  At the end of the day it was so good we were able to have another drone flight so look out for more stunning photographs. 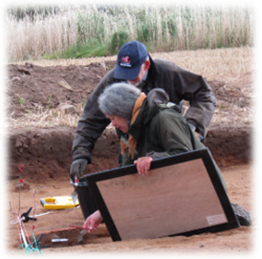 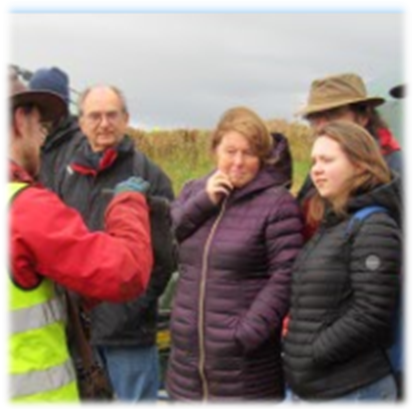 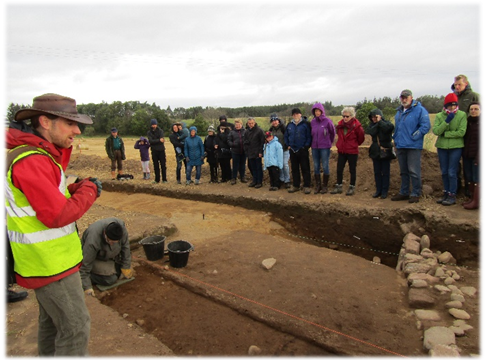 Now to take you back to my Blog (Jonie) to Day 10 where I asked you a question, which would you prefer to use to take photos, the Tower, the Drone or a Plane? 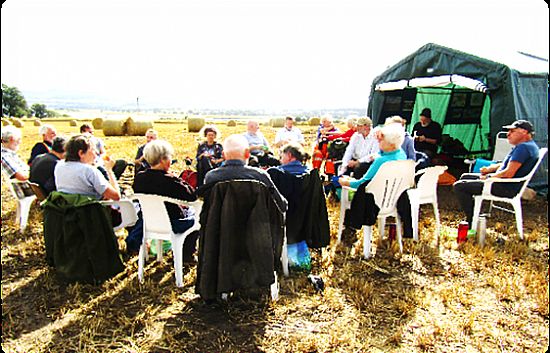 Well here is my answer; use the small aeroplane because you can take photos in relative comfort.

Tragedy happened on the second drone flight over the site because of battery failure. Drone and camera nosed dived and hit the ground at tremendous speed, now both are past repair.

Luckily all the diggers were at the time on coffee break.

The very substantial metal tower which had been positioned at Trench 1, is now flat on the ground. This was blown over during the night and there it still lay until it was re-erected on Tuesday. 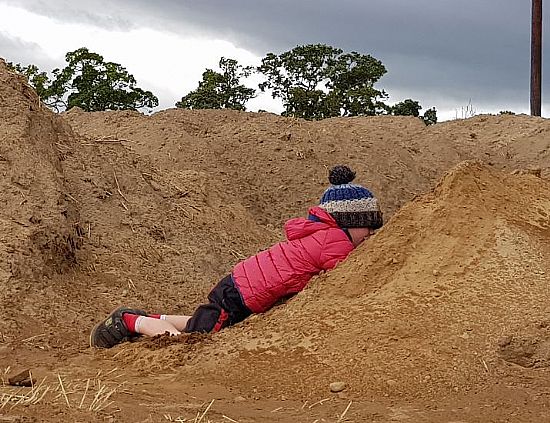