The last day of the dig was scheduled to be Sunday 15 September, but there was so much going on that we decided to carry on for a few more days with Thursday 19 September being the last day for tidying up on site and any last-minute drawing and recording. The portable welfare unit was due to be towed away on Friday 20 September and the tents dismantled and equipment removed. I had prepared in my head a blog to cover all these events and review the successes of the excavation and to thank everyone for their magnificent help. 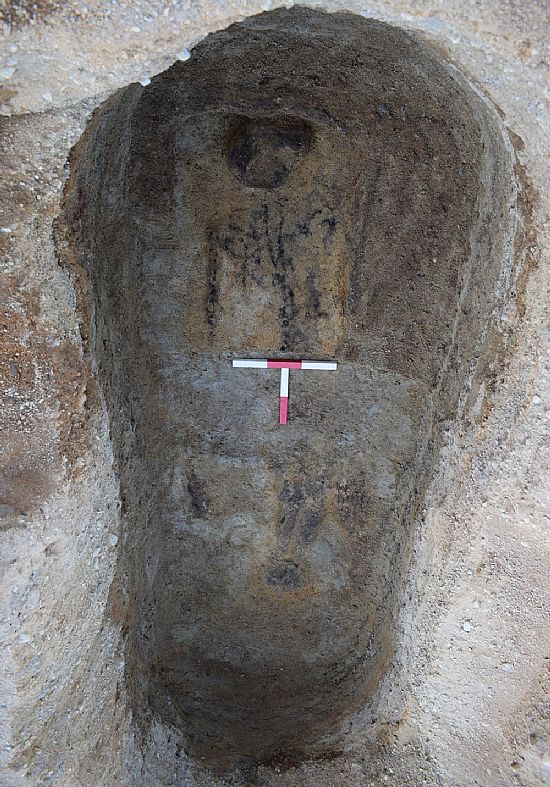 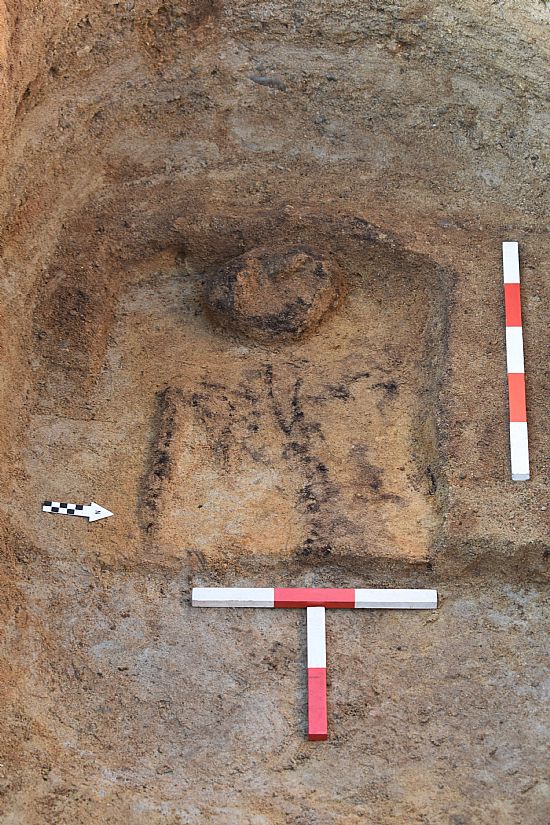 But archaeology is never predictable and in the time-honoured fashion we had an exciting find on the Friday morning. For several days Steve had been excavating a grave pit in the large square barrow in Trench 3. It was a difficult task as the original grave had been cut into sand and gravel and backfilled with sand and gravel. Steve was able to follow the sides of the grave cut but had difficulty establishing the depth of the natural bottom as there was nothing to indicate that there had been a burial in the grave. We already knew that some of the graves contained no identifiable remains as the acidity of the soil had completed destroyed any evidence. However, on Friday morning when we were all doing other things, Steve carried on removing thin layers of sand and gravel at the bottom of the grave cut. I wandered up to where Steve was working and peered into the grave cut and literally found myself face-to-face with remains of a deceased Pict. Steve then took up the story:

“After some blackened patches appeared I decided to trowel back at that level and to my astonishment the ghostly outlines of a skeleton started to emerge. I was able to identify the spinal column with individual vertebra, and then moving up the body I uncovered the upper arms and shoulders, all of which were just black stains in the ground. Moving carefully higher up I was able to locate the skull, which is better preserved although it had partly collapsed in on itself. I was able to find the legs and the feet, which appear to be bound together before burial, and eventually almost the whole outline of the skeleton could be seen, surrounded by the faint shadow of a coffin”. Steve then added “I have been an archaeologist for a long time and have made some important discoveries but this was a real eureka moment for me.”

Tarradale Through Time Pictish Barrow Skeleton by jamesmcc on Sketchfab

So, a great result from a great excavation. Even without this physical evidence of Pictish burials, we had already established that the Tarradale barrow cemetery is a seriously important archaeological site that will become an important reference point in all future writings on Pictish burials and cemeteries. However, the spectacular outcomes of the excavation were not achieved without a great deal of effort put in by everyone who worked on the site. It is invidious to mention names as people can get missed off a list, but particular thanks go to Jonathan Wordsworth who uncomplainingly took over the supervision of Trench 1 and to Anne Coombs who was unflappable in administering all the volunteer input. But my greatest thanks, and I know I speak for everyone who worked on the dig, go to Steve Birch whose immense experience, cheerfulness and adaptability made the Tarradale barrow cemetery excavation a memorable event for everyone. 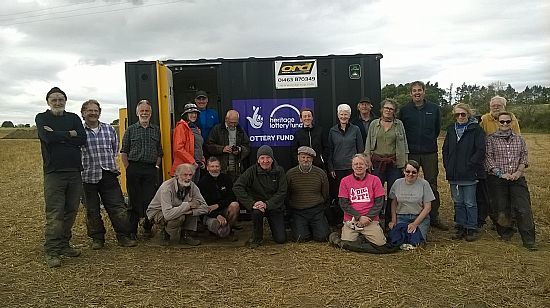 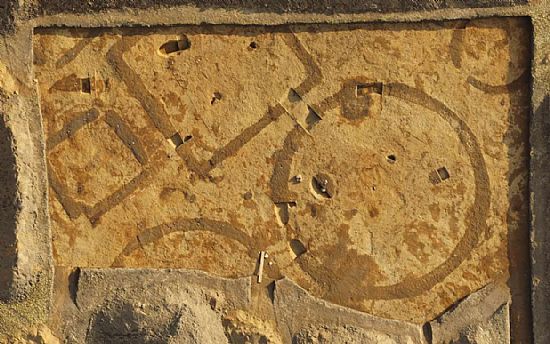 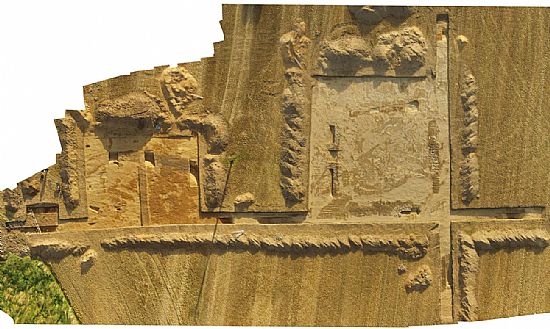 Above: 3 spectacular aerial views of the trenches towards the end of excavation by Andy Hickie