Since the end of the dig 2 weeks ago some of our followers may wonder why NOSAS volunteers are still busy washing and sorting what added up to about two and a quarter tonnes of shell midden material.  This is in addition to more bulk samples of each context saved in tubs and set aside for laboratory analysis. Together it represents about a quarter of the total material excavated from our main Mesolithic trench after the overburden (the topsoil), had been removed. 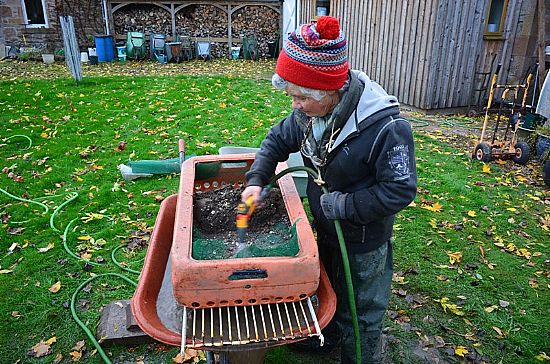 The other three quarters was dry riddled on site as it was excavated.  We used two reciprocating riddles, one with a 6mm mesh and the other an 8mm mesh.  This was done to recover any lithics, bone and other objects that might have been missed with the trowel.  The other quarter has been washed over a 2mm nylon mesh in order to recover smaller items, mainly lithics, bone, teeth, and charcoal.   The washing process is much gentler than dry riddling and small items are easier to see.  The bulk material before washing is about three quarters to two thirds soil, rather silty and sticky in our case as our site is an estuarine old raised beach about 9m OD.  After washing the material is dried then carefully sorted.   The results of our labours will help our professional archaeologists prioritise which of the samples retained in tubs should go for laboratory analysis and what items we have recovered from washing and sorting might go for carbon dating or further analysis.

Below: the two photos are of a small red sandstone flake that has a small V shaped notch at its base.   It will need to be examined by a expert but meantime we are speculating that it might have been used to dress something like sinew. 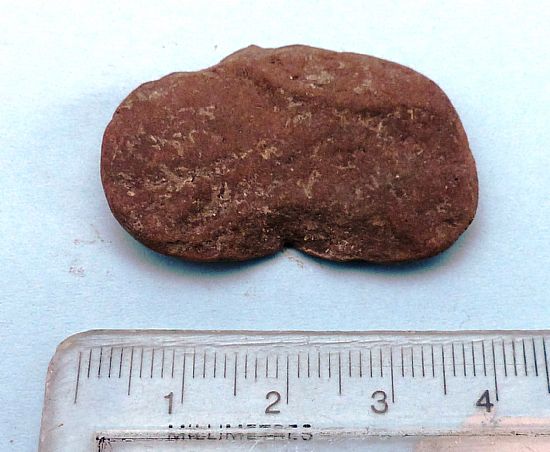 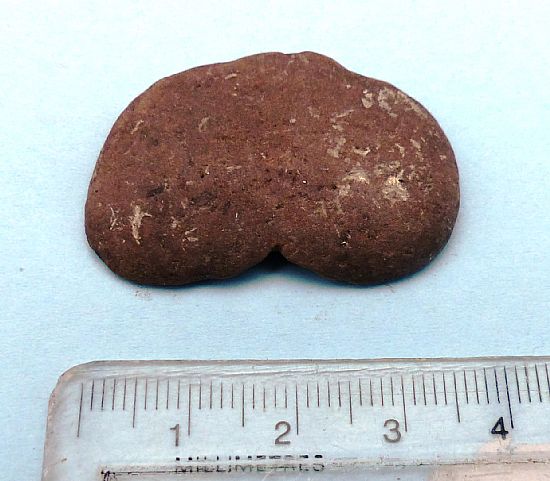 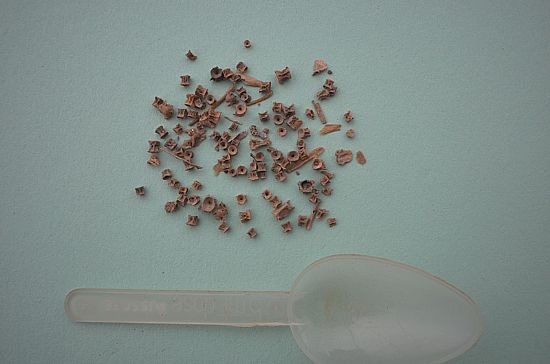 Left: The recovery of fish bones has been discreet so far within the trench, with just one 1m square so far yielding any.   They do not look to have come from fish of a size to make much of a meal for a human being so we wonder if they might represent the stomach contents of a seal.

Below: A tooth and the root of a tooth.  We are not sure what animal the teeth came from but they look similar to teeth we recovered from the same site 2 years ago which came from a seal. 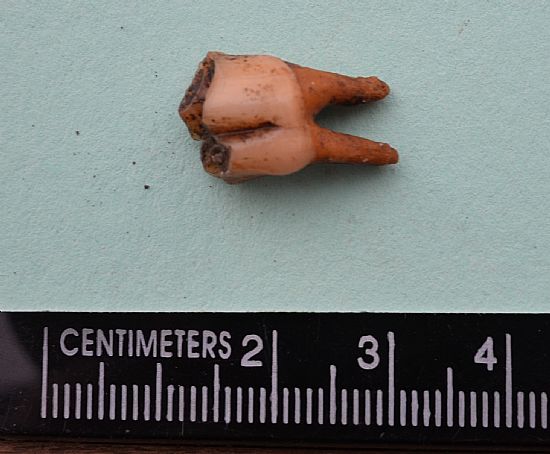 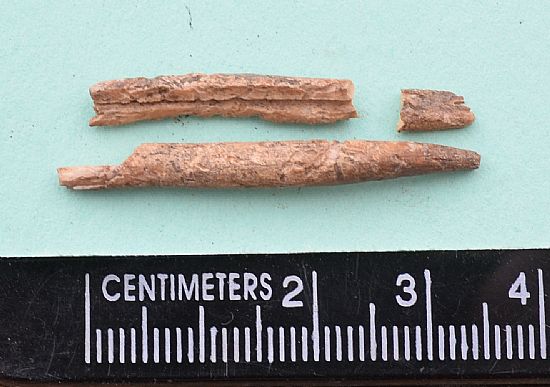