Today was my 2nd day at the excavation at the Tarradale having previous never picked up a trowel before.

I have always been interested in Archaeology and because this excavation was close to where I live it was too good an opportunity to miss.  The one thing that came to mind that when I was watching TV programmes on archaeology was they never showed you how much preparation work has to be done and how much soil and rocks have to be removed.  There is no insight as to how the dig is approached.  They seem to show all the exciting finds but not the heavy work. 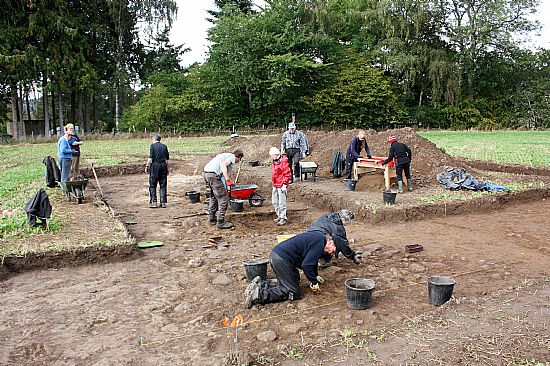 Today after using some sort of hoe to clear back loose soil, it was then time to get down on my knees and use my trowel.  During this process beside the soil there were stones and all morning it was bucket after bucket.    I had previously found a decorated piece of pottery so I kept my eyes focused as to what else might be revealed. I was pleased with my small pottery sherd as very few finds were coming out of Trench 1a.

Now today we moved down the hill to Trench 2 and this trench has been a bit more productive so far and has revealed a few animal bones, nails, sherd of pottery and an old buckle. 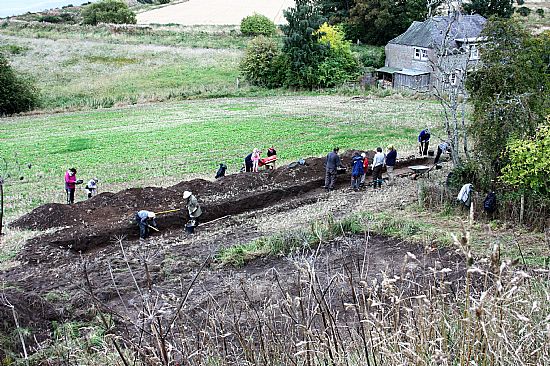 I have enjoyed myself and gained experience from this dig and you never know what you might find, it’s a bit like the lottery, you keep on buying the ticket because you may win.

I hope to be back there again before the dig closes.

I think it is worth mentioning that 2 young future archaeologists turned up today with their mum,  Lois 5 and James 8 to help with the dig. Their mum said it was okay to photo them.

They were using a metal detector which had been given to James by a elderly neighbour.  James and Lois would scan the soil, and on getting a signal, dig out the soil with their very special small spade. They then put it into the riddle to see what they had found. They found some fencing staples and I not sure what else as I was not with them all the time.

They arrived in the morning and stayed until the afternoon. The mum said looking for finds became very addictive! 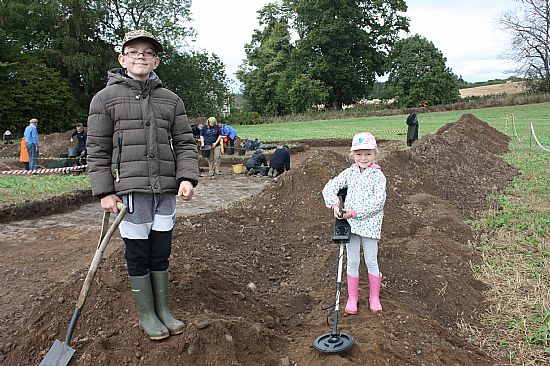 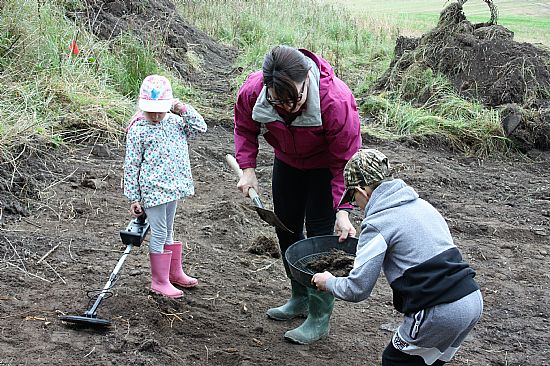 Comment from Andrew Appleby at 00:11 on 27 September 2017.
I always love old objects. My first dig was at the age of eleven. I found many 'new' sites. I now live in Orkney and derive much pleasure and interest fro m my lifetime's study.