TTT has been very quiet recently however we have been busy behind the scenes.  We have been commissioning post excavation analysis of the finds and samples taken last year.  We have also appointed our archaeological supervisor for the final excavation and soon we will be asking for volunteers for the excavation between 31st August and 14th September.  Meanwhile we continue to do our outreach to the community.  Our newest efforts have been focussed on producing a display which will tour some of the local libraries and events.

The display will be in Inverness Library reference room from now until 28th June.  It will then move to Dingwall Library until 19th July.  It will be in Muir Hub during Gala week from 21st to 28th July then Fortrose Library from 29th July until 16th August.  From the 19th August the display will return to Muir Hub until the 14th September apart from the 31st August when we will have a stand at the North Kessock Market. 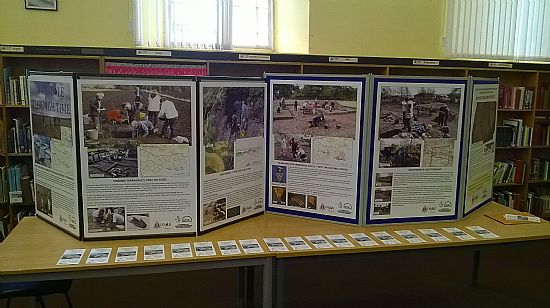 The display shows our progress so far and hints at what may happen this year.  Set out in chronological order the panels show why we began the project  then panels on the Mesolithic, Iron Age, and medieval excavations and the remains of the upstanding settlement of 1788 and finally look forward to what we hope to find this year.

People may have seen the extraordinary finds of 2017 when we discovered Mesolithic antler axes of national importance.  This was incredibly exciting but at the same time we failed to find the elusive Tarradale castle in spite of many field walking finds of medieval pottery over the years. 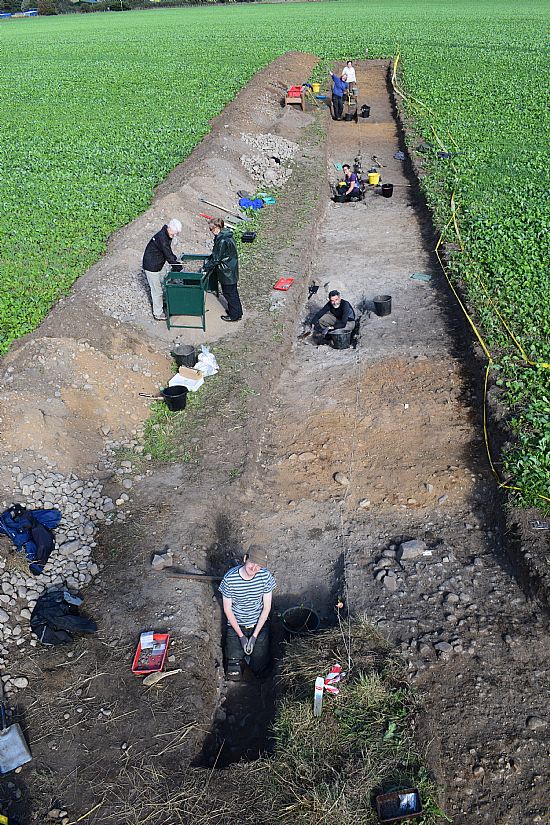 Last year we excavated two enigmatic sites only visible from the air as marks in the grass.  This time we found a probably Iron Age ‘fort’ on a peninsular extending into wet ground with four banks and ditches enclosing the landward end of the peninsular.  In 2018 we also recorded the settlement which appears on the 1788 Tarradale Estate map.  The houses are now almost completely ruined but enough remained for us to draw up a plan of the settlement and its surrounding fields and paths.  This part of the project is the most ‘modern’ and most easily understood but there are many unanswered questions about the lives of the people who lived there.

Finally this year we are tackling possibly the most important site.  The ‘barrow’ cemetery again only appears as marks seen in aerial photographs.  The photographs taken in the 1960s show the marks clearly with circles and squares suggesting the kind of burials which took place during the Pictish period.  Unfortunately the modern photographs show the marks are fading so we are going to excavate carefully to see if anything survives and importantly date the site. 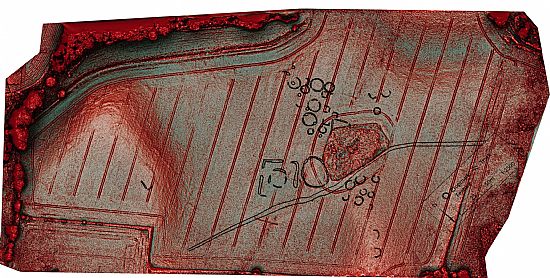 In a few weeks we will be asking people to volunteer to help us but also to invite people to come to our on-site Open day on 14th September.  We will also be at the Muir Hub for an Open day on 24th August before the excavation begins.  These will be opportunities to ask members of the team about the project and see some of our finds.  For more information on the upcoming dig see http://www.tarradalethroughtime.co.uk/blog.asp?blogid=14904

Please note the dates of the excavation are 31st August -15th September NOT 31st Sept as recently published in History Scotland. 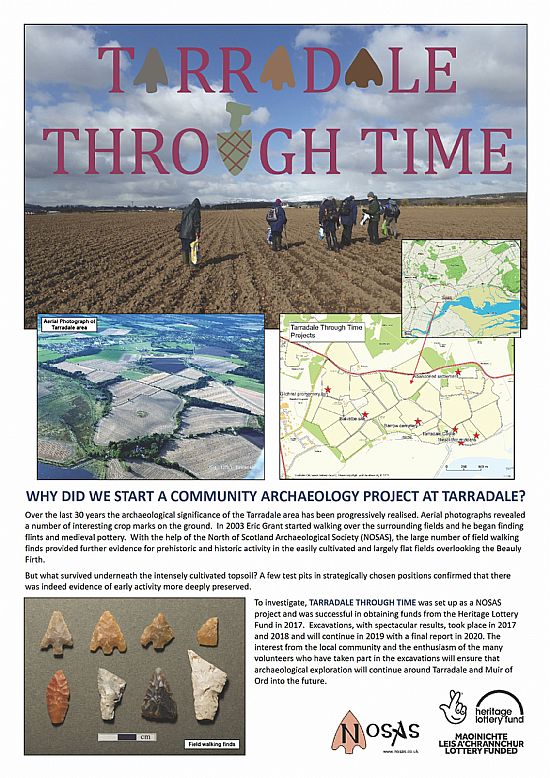 Comment from John Murchison at 17:35 on 20 June 2019.
Fascinating finds which hopefully will add to our understanding of agricultural and social behaviour over the centuries at this site and the local area.