The Start of an Archaeological Adventure

The Tarradale Through Time team has had a hectic few weeks but at last we are ready to begin our archaeological adventure.

But first a bit of background.  Our leader Dr Eric Grant has spent a number of years walking the fields around Tarradale and as an archaeologist he quickly realised that there was an unusually rich collection of archaeological artefacts lying in the fields.  These artefacts aren’t instantly exciting to the average walker, sherds of worn pottery, tiny bits of flint, very occasionally small metal objects and shells!  However to a sharp eyed archaeologist these were evidence of people living in the Tarradale for over 8000 years. 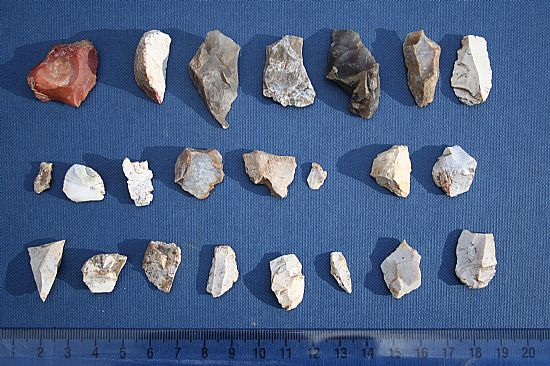 So Eric contacted fellow members of the North of Scotland Archaeological Society and for the last 4 winters we have walked the ploughed fields in a systematic way picking up all the pottery sherds and flints.  We recorded everything and realised that the collection was confirmation of Eric’s ideas and we formed the Tarradale Through Time steering group.  The group submitted two funding applications, one to The Heritage Lottery Fund and one to Historic Environment Scotland and to our amazement and delight we were successful with both applications.

Our project is to investigate six different eras represented by our finds.   The earliest evidence is the shells which signify the presence of the earliest settlers during the Mesolithic period 8000 year ago.  We have also found some of their stone tools or microliths , tiny pieces of worked flint.  We will put in several trial trenches to assess the extent of the shell middens where the people had gathered shell fish, mussels and oysters mainly and either eaten them or possibly used them for bait.  This part of the project will take place from 30th September this year. 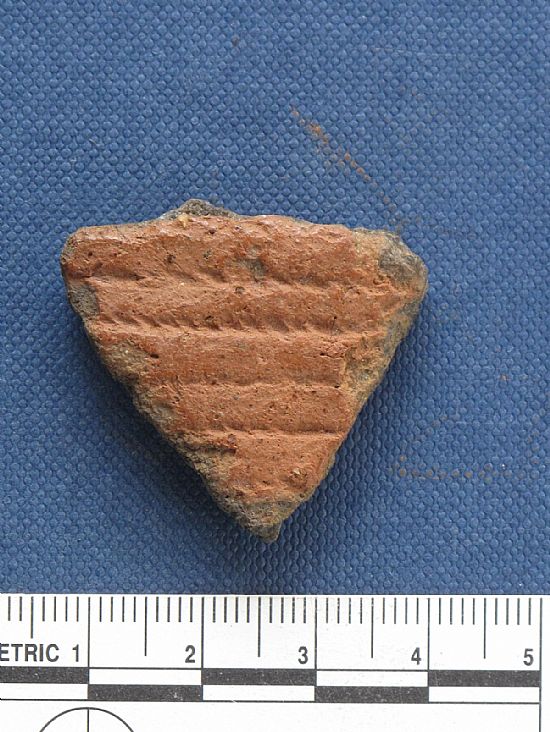 In one field we have evidence of the Bronze Age, one very small fragment of pottery but also crop marks of circular structures.  Possibly buildings but more likely burial places.  This site also has possible Pictish burials.  The excavation of this area will take place in autumn 2018.

There are 2 possible Iron Age sites, again identified by crop marks and aerial photography.  One is a very large enclosure which was investigated in 1993 and we will go back and re-evaluate the site using the latest techniques.  The second site is more enigmatic as it appears as 3 curving ditches across end of a tongue of land.  The tongue is partially surrounded by low wet ground which may have been water in the past making this site a possible promontory fort or defended settlement.

The fifth site is the Tarradale castle site.  Dating from the late 1200s Robert the Bruce destroyed the castle in 1308.  Geophysics has located a circular ditch in a field where a lot of mediaeval pottery fragments have been found.  We hope to confirm that this ditch is all that remains of the castle.  This part of the project will be a great opportunity for the local children to let their imaginations roam wild.  Knights on horses and ladies in flowing dresses come to mind as well as lots of trebuchets firing rocks at the castle as it was destroyed.

Finally almost into the modern era there are the remains of a small pre-Clearance village.  We will survey this and add to the history of the local area in an accessible way.

All these parts of the project will create an amazing history of the Tarradale area which could be replicated all over the Highlands.  It is especially important that the project gets itself out to the people of the Muir of Ord as it is their history and with that in mind we will be using the lovely new Muir Hub for our opening event on Saturday 9th September from 10-4.  Our Outreach Coordinator Lachlan MacKeggie has been in contact with Tarradale Primary School and the pupils will be involved in all parts of the project over the next 3 years.  Lachlan will also be contacting other schools in the area as well as adult groups.

However if anyone is interested please come to the Muir Hub Open Day or the excavation Open Day on 30th September at Tarradale (10-4) or you can contact the team on the various media platforms.